What to do? That is the Conundrum

I have been thinking a lot about what to do as a Muslim since Paris . . . then San Bernardino.  A lot of Muslims have. Across the country Muslims are having discussions. And meetings. And more meetings.

In person and on conference calls.

Will there be broad backlash against non-suspecting and innocent Muslims randomly going about their daily lives?

Conversations among Muslims are all over the place:

And the conspiracy theories do not help.

Why were media allowed to enter and record the shooter's home so soon after the shooting? How come only one “source” has been able to “recover” deleted Facebook posts? Where is the third reported shooter? Why are only Muslim shooters terrorists regardless of the number of deaths or circumstances? 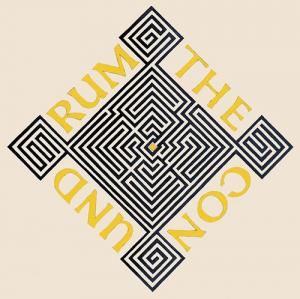 Some Muslim leaders and individuals are doing everything they can to get media attention for their condemnations of San Bernardino, terrorism, ISIS, and anything else possible.

Some Muslim leaders are trying to explain the systems in place at Mosques and Muslim organizations to prevent fueling and funding terrorists.

Some Muslim leaders and individuals are saying what they think others want to hear – that there is a virus in the Mosques that must be rooted out. Always just innuendo, nothing ever concrete or actionable.

It does not matter that turning on others for self-preservation provides no real protection. No “good Muslim” standard has been set, and even if it were, those prone to vigilante violence are not likely to request credentials first.

It does not matter that the FBI has had a pulse on the Mosques and Muslim leaders for years through informants and wiretaps.

It does not matter that every Muslim terrorist in the United States has been identified as a loner, member of a small group, or connected only via social media – most recently estranged from their family, friends, and the larger Muslim community.

It does not matter that people moved to commit crimes or violence always hide their intentions and activities from others.

It does not matter that many Muslims have stood with the United States as soldiers, law enforcement, and informants.

It does not matter that the majority of Muslims are employed, pay taxes, have had no brush with the law, volunteer, and are good neighbors.

It does not matter how often Muslims have rallied for peace or issued condemnations.

It does not matter that Muslims are diverse individuals made up of almost every ethnicity in the world - over 1.57 billion humans with separate brains.

It does not matter that those left behind by the terrorists have shattered lives – even members of communities that have never even met them.

And that is the perfect combination for psychotic breaks as well as self-radicalization – no recruitment required.

What to do? That is quite the conundrum.