Should We Bomb The Wedding?

While in law school, I took an intercession class. It was a class cramming an entire semester of legal knowledge into one week, 8am until 5pm. The class was International Human Rights Law.

For half of one day, our class agreed to help another class with a role-play simulation. The Modern Terrorism and International Security class needed opposing groups for a mock national security meeting. Members of that class were assigned various roles in the United States government: State Department, Department of Defense, Secretary of State, Presidential Cabinet members, etc. The professor played the President. Members of our class were assigned roles in various international organizations: United Nations, the Red Cross, Doctors Without Boarders, Human Rights Watch, etc.

In real life, the organizations my class represented would never be invited to such a meeting, but the professor wanted to open up the discussion to more perspectives.

We all had the evening before the big day to research and prepare to represent the positions of organizations we represented. While the other class knew the subject of the meeting, our class did not.

The meeting was to discuss whether to bomb a wedding to be held in Pakistan, near the boarder of Afghanistan, because credible, but not absolute, information existed that Osama Bin Laden might attend the wedding. 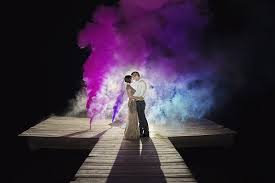 The information was based on the father of the bride being a very important tribal leader, many major tribal leaders expected to attend, and satellite photos showed “a very tall” man traveling in a caravan toward the wedding location.

When the issue of the information being a little slim was introduced, all of the participants discounted it as “worth the risk” if the possibility existed to kill Bin Laden.

When the issue of the bombing likely resulting the death of in a large number of innocent wedding guests, the attendees being over 1,000, all participants again discounted it as “worth the risk.”

When the issue of the guests being the leaders or representatives of many large tribes of both Pakistan and Afghanistan as well as the possibility of making the tribes, who were not opposing the US invasion of Afghanistan, angry and enemies, it was again countered with “worth the risk.”

When the issue of the wedding being held in Pakistan, with no intention of telling Pakistan or asking for permission to enter their airspace and bombing within their borders, the response was that the US has the right to bomb any location we believe Bin Laden might be and that Pakistan was too dependent on the US to do anything but verbally complain.

It was an unfortunate coincidence that I had been assigned to represent the Red Cross because my role required that I oppose every argument for the bombing. I say unfortunate because I, the only Muslim in the class, became the sole opposition. Even the students representing the United Nations, Doctors Without Borders, and Human Rights Watch were on the side of bombing. [Obviously the other students did not research the actual positions of the organizations they represented – or they were unable to separate their own opinions from the role they were supposed to be playing.]

It was very hard for me to contain my emotions in this class.  I did everything I could to hold back tears. As soon as the break was called, I literally flew out of the room to the bathroom – where I promptly sobbed my eyes out.

Anyone who knows me also knows I am not an emotional person - passionate yes, emotional, no. Even my husband will say that he could count on two hands the number of times he has seen me cry during our almost two decade marriage– maybe even just one hand.

But this got me.

Within a few days after this class finished, I was getting on a plane. I was flying to Jordan to attend a wedding with my husband. This wedding was estimated to have over 1,000 attendees. The father of the groom was a major tribal leader from Iraq, as was the bride’s father. Many tribal leaders, or their representatives, from Iraq and Jordan would attend. Minor members of the United Arab Emirates royal family were coming. Nelson Mandela’s brother would be there.

While the other students were barely engaged in a role-play, I saw myself at the very wedding party they were so casually planning to bomb. I saw myself and my husband dying for nothing more than attending the wrong wedding.

I pulled myself together and returned to class for the second half of the role-play.

Upon entering, we were told that we were now at a second meeting.

The bombing had gone forward. 400 wedding guests were dead, including the bride and groom. Bin Laden was never there. It was confirmed: the “very tall man” was just a very tall man, and he was dead too.

The rest of the class was a blur for me. Words like “collateral damage,” “acceptable losses,” and “still worth it,” were bantered about. All I wanted was for this day to be over - and I still had to attend my own class for the rest of the day.

I cannot really blame them. It was barely a simulation. It was like the case studies in our textbooks – not really real for us - just philosophical discussions. In law school it is about the legal analysis, the best argument, the creative perspectives. We are not looking at the real life implications of the case studies – Brown v. Board of Education, Loving v. Virginia, Dred Scott v. Sandford – but learning to explain the arguments in the cases and create new ones.

Had I not accidently identified myself as a potential member of the wedding party, I know I would have been able to remain detached in the role-play. I would like to think I would still have represented the Red Cross’ perspective well, but I would not have become emotionally involved.

And had the students been able to identify themselves as potential members of the wedding party, or even seen the attendees as real people, I am sure they would have brought more perspectives to the discussion as well.

Have you ever looked at things from someone else’s perspective and changed your idea or opinion as a result?