You Can Call It "Apples," But It's Still Hate

There is a social event I attend somewhat regularly. A Muslim man also attends and always searches me out for conversations. I have a hard time shaking him off – though I desperately try. He has only two topics of interest: Shia and Islamophobia.

Of the two, Shia is his favorite topic. He wants to tell me how bad the Shia are. I do not happen to be Shia.  He will tell me stories and constantly pull up ‘YouTube’ videos on his phone to show me how bad they are.  Usually, I try to change the subject.

Recently, I guess I was just tired, I decided to ask him some questions.

I asked, Why do you hate Shia so much?”

He replied, “I do not hate anyone. Islam teaches us not to hate. I just really don’t like Shia a lot.”

I replied, “Your obsession demonstrates otherwise.”

He replied, “I am not obsessed.”

I asked, “How many times a day do you look at, or search for, videos about Shia? You understand those videos are not posted by Shia but by people who want to show Shia are bad? If you just didn’t like them, you would ignore them – not look for more and more reasons to justify why you should dislike them. And you would not want to always talk to everyone about how bad they are. This is the very definition of hate.”

He again said, “I don’t hate them but they are evil and bad. They are not even Muslim. And if you knew what they did to my country you would understand.” 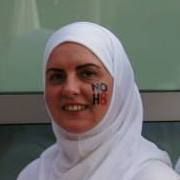 I asked, “Have you met all the Shia?”

I told him, “You can call it “apples” if you want, but that is still hate.”

Then I asked him, “How is what you are doing different than the people who hate Muslims? They also continuously look for evidence that Muslims are bad by finding writings and videos that show something negative about Muslims, even if it is not true, so they can paint a broad negative picture about all Muslims and justify their hate.”

He replied, “No, it’s different. Not all Sunni Muslims are bad but almost all Shia are.”

This man is the epidemy of both hypocrisy and double standards.

Hypocrite: a person who claims or pretends to have certain beliefs about what is right but who behaves in a way that disagrees with those beliefs.

Double Standard: any code or set of principles containing different provisions for one group of people than for another.

But he is not the only one.

I meet with people who are not Muslim who [I guess believing I am that ever elusive “exception”] want to tell me how bad Muslims are, with no sect distinction.

I hear people talk bad about homosexuals. [Funny how I never hear anyone talking about heterosexuals having sex outside of marriage anymore. Not that I miss it, but, double standard anyone?]

I hear one color or ethnicity talk bad about another.

And let’s not even mention political party affiliations – the level of hate there makes an observer feel like they need a shower.

I truly do not understand it.

Not every person in any group hates an entire other group.  Even saying it is true of the “majority” of a group is simply false - unless the group itself is extremely small, close-nit, brainwashed, and heavily controlled by only one leader who spoon-feeds them their opinions. Very rare.

So many people are painting broad brushes about entire sections of our society – not just a specific behavior but as though the entire “community” is evil.

And people feel totally justified in doing it, whether based on religion or not.

I grew up as a Christian and one of my favorite sayings was “Hate the sin, love the sinner.” Not bad advice.

I am not saying we have to all love each other, but getting to know each other (and getting rid of the “exception” designations) would go a long way in understanding how everyone with an “affiliation” is not a carbon copy. Everyone cannot be an “exception” or it becomes the “rule.” [How many “exceptions” does it take to make a “rule” anyway?]

Muslims are taught that God intentionally made humans diverse not to divide us but so we could get to know one another. Even with such a beautiful message, even Muslims, as this angry man clearly demonstrates, are missing the point. [Personally I believe he has so much self-loathing, or feels guilty over his own lack of piety somehow, that he needs to find someone else he believes is worse than him in order to feel better about himself.]

If your feelings have acquired hate status toward another broad group, you have relinquished your right to complain that others are unjustifiably expressing hate toward the group with which you affiliate.

If you are obsessed with the passionate dislike of an entire identifiable group of people based on an affiliation they have (born or chosen), your feelings have acquired hate status.

You can call it “apples,” but it is still hate.

Have you ever encountered someone obsessed with generalizing an entire group negatively?

Have you ever been the "exception?"