Are We Doing the Mechanics and Missing the Message?

A lady I know called me to ask for advice (as a person not an attorney).  We will call her "Ann." Ann’s family is very religious. They pray regularly and often refer to God in their daily lives, decisions, and conversations.

Ann gave her adult son, we will call him "Joe," a car registered and financed in her name. She is making the payments and told him the only thing he had to do was pay for the insurance.

Surprise, surprise, he failed to keep insurance . . . and rear-ended another lady.  His car was a little banged up and, according to him, “she just had a couple of scratches on her bumper.”

Joe talked the lady into not making a police report, getting an estimate, and letting him pay directly for the repairs.

A week or so later the lady came back with an estimate for $1,200. Joe told her he did not have the money and wanted to make payments. The lady responded that she wanted the whole amount.

At that point Joe decided to tell Ann.

Ann’s reaction was that the lady had given a bogus estimate and was planning to pocket the money and maybe not even fix the car – that she was trying to rip them off.

Ann told me the story and asked what she should do. I suggested that usually when people are in this situation they will ask the lady for a second estimate, maybe even suggest a trusted mechanic to provide a second estimate.

Ann’s responded, “I don’t want a second estimate! I don’t want to pay her at all because she is being dishonest!”

Okay. . . I could approach this from many ethics angles.

We could talk about how the son was irresponsible in the first place, and by not paying now, he is continuing to avoid the very consequences that could make him learn to be responsible. [Hello?!!]

We could talk about how the lady, even if she is trying to “make a buck” dishonestly by inflating the estimate, put herself in a pickle by not making a police report (without a police report she cannot file through her own insurance now), AND saved the son several thousand dollars in tickets and fines as well as possible court appearances.  Not to mention saving the mom the headache of her having Motor Vehicles problems because her car is the one uninsured. [Blessing!!  Arizona SR22 penalty for 3 years that triples your insurance rates.]

We could talk about the ethics of the son making a deal to pay the lady for the repairs, and now reneging on that agreement because Ann, who is not a mechanic, does not agree with the estimate – remembering he made the agreement without knowing the amount at the time and without considering whether he would have the money to pay for it. [He works and lives with mom for free.]

But no, though I believe all those points on ethics are logical and important, what struck me was how easy it is to slip from “living the path of God” to justifying not “doing the right thing” because the other person is being, based on assumptions, "dishonest" . . . or really, just because we don’t want to do it.

Sometimes we do deal with dishonest people. Sometimes we do make assumptions about others’ intentions, which might be right or wrong. Sometimes lessons are expensive. And sometimes “doing the right thing” tastes bitter because it feels like a dishonest person is taking advantage of us. 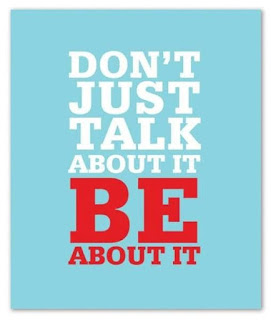 But prayer and “living the path prescribed by God” is not just about expressing our love and gratitude for God, though that is important. It is meant to remind us, regardless of other people, to live honest, compassionate, ethical, and generous lives as good people on earth.

If we are praying and invoking God as our guide, but our actions do not reflect those values (or at least trying), are we just doing the mechanics but missing the message?

Have you had a similar struggle?