Do Women Even Know What Rape Is?

Dr. Phil had a couple on his show where the man had “trapped” his wife into marriage by getting her pregnant. That is not my interpretation; the show was actually about people, men and women, who “trapped” their partners with pregnancy.

The man did not believe he could keep the girl, so while they were dating he got her drunk and coxed her into having sex without birth control, both of them knowing she was within her ovulation time. She did get pregnant and they did get married.

As time passed, him still feeling he could not keep her, he made a plan to get her pregnant again. He created a game to see if he could have sex with his wife while she was sleeping, but without waking her up. He was successful several times. When she became pregnant, thinking they had not had sex for some time, she was understandably confused. 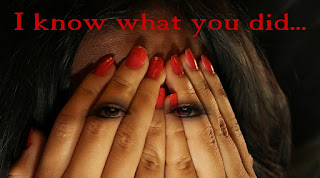 Dr. Phil said to the girl that her husband had raped her. She was obviously very uncomfortable with the label. She responded that she had not thought of it “in those terms” but that she did feel violated.

It’s no wonder she was hesitant to think of herself as a rape victim considering how a situation like hers is being discussed today.

"What Todd Akin is talking about is when you've got a real, genuine rape. A case of forcible rape, a case of assault, where a woman has been violated against her will through the use of physical force where it is physically traumatic for her, under those circumstances, the woman's body - because of the trauma that has been inflicted on her - it may interfere with the normal function process of her body that lead to conception and pregnancy."
-AFA's Bryan Fischer, agreeing with Todd Akin's "legitimate rape" comment, August 2012.

"Rape and incest was used as a reason to oppose this. I would hope that when a woman goes in to talk to a physician with a rape issue, that physician will indeed ask her about perhaps her marriage, was this pregnancy cause by normal relations in a marriage or was it truly caused by a rape. I assume that's part of the counseling that goes on."
-Idaho State Rep. Chuck Winder, saying women don't even know what rape is, August 2012.

By these standards Dr. Phil’s guest wasn’t even raped. Very little physical force was necessary – he in fact had to proceed very lightly to prevent her from waking up. Being asleep, she would presumably have been very relaxed and completely unaware of the violation, so probably not very physically traumatic.

Then her doctor should have questioned her to better determine whether she was really raped, being as she would not know.

If this would not confuse a woman about how to label non-consensual sex (isn't the definition of rape sex without consent?), I am not sure what would. The misogynistic insinuation that her resulting pregnancy means she is either one-in-a-million or a liar, would make the most rational person question her own mind – or at the very least, hesitate to report the crime.


Despite the 1970s bringing better rape laws in the United States, it was not until the 1990s that the victim’s “character” was no longer at the center of the case. The Accused, a 1988 movie based on true events, depicts this very well.

Generally women could still not accuse their husband’s of rape until much later. The first state to recognize the rape of a spouse was South Dakota in 1975.  The last state to remove the marital exception to rape was North Carolina in 1993.

That does not mean spousal rape has become uniformly enforced or defined.

While women owe a huge debt to the generations of the past 30 years (or longer) for advocating better rape laws and enforcement, it appears we still have a long way to go to improve the social understanding of rape itself.

That leaves women in a very sad state.

Do you think "rape" has become confusing? How would you define it? Do you think it is easily defined?