Would Outlawing Guns Be Enough?

I grew up around guns. In Arkansas, my grandparents and parents were avid hunters. My grandmother was a “Hunter’s Widow.” Every November my grandmother would pack food for my grandfather and he would leave for deer season, usually at least two weeks at a time. His CB Radio name was “EightPoint” because he had shot an eight-point deer and had the antlers hanging in his living room. He hunted during other seasons throughout the year too.

We had guns in the house, in a large unlocked gun case, but my parents constantly reminded us that the guns were never to be touched. We never did touch them without our parents present. We knew better. [My parents instilled a very strong belief in us about their punishment in general.]

From a young age, my family would take us out to the woods to target practice. I remember the shotgun was heavy and I often got bruises on my shoulder from the “kick.”  The pistol was better, but still heavy.

For my eleventh birthday, my mom asked me what I wanted. I said I wanted to go hunting. I had never been and it seemed so exciting. All I ever saw was the excitement of people getting ready to go and then coming back with a carcass that we would then send to the butcher - and get back as all kinds of tasty meat.

My mother did take me hunting. I hated it. It was boring. We had to sit in one place on the ground and wait. We could not make a sound so as to not scare the deer away. It was not what I had envisioned.

When I was about thirteen, my dad took my sister and me hunting. That time we got to sit in the tree stand – like a tree house without walls or a ceiling.  That was more fun because we could see far away, but we were also supposed to be very quiet and still. My dad left us there while he walked around looking for a deer to shoot. We were supposed to be ready to shoot in case a deer came our way. We had shot guns. We were not very successful in the quiet and still part. My dad returned to scold us because he had found a deer but our “noises” had spooked it before he could shoot.

In high school, we had Hunter’s Education class. We did not handle guns or practice shooting in the class, but we did learn about gun safety and etiquette.

I believe in gun ownership. I appreciate the desire, maybe even a right to a certain extent, of owning a gun. I was taught to respect the gun and its power. I was taught to be responsible with a gun.

In my early twenties I lived in an apartment in the not so safe part of Little Rock, Arkansas. It was close to the University of Arkansas where I went to school.  My aunt gave me the cutest little gun, a handgun. She said she wanted me to keep in my apartment for protection at night.

One night I had some friends over and the topic of guns came up. I said I had one. They wanted to see it. I proudly brought it out.  One of my friends wanted to hold it. I responsibly removed the clip before handing it over. He took it and we all watched as he admired it.

He then pointed it at me, joking around, and asked if he should pull the trigger. I told him not to point it at anyone because that was not safe. He then pulled back the chamber and looked inside – where he found one lone bullet. Had he pulled the trigger while pointing at me, I might be dead.

My irresponsibility of not looking in the chamber when removing the clip scared the pants off me. The very next day I returned the gun to my aunt. I have never possessed a gun since that day.

I clearly see how accidents can happen with guns. I was an accident waiting to happen myself – even with all my “experience” and education around guns.

I also clearly see how there is no way to completely remove all possibility of accidents with guns – even if guns are outlawed.

I would also agree with many advocates that ordering all people to turn in their guns, or even register them, will not prevent gun accidents or gun violence – like all outlawed items, people who want to break the law will. Only the “law abiding” citizens will comply.

Nor would I advocate the outlaw of guns. Guns, like many things that can be used badly, are a part of our society and culture. Guns themselves are not bad things – though they can be mishandled and used for harm. I have a friend who bought a gun after she left her abusive husband because she fears, as her family and I do, he will find her and kill her - but she also signed up for gun safety classes.

But there are three things I do not understand.

First, I have no idea why anyone outside the military needs an assault rifle.  They are too powerful for hunting – they would shred most animals beyond use. Gangs + uzi = bad news.  Militias of today are neither “well regulated” (Second Amendment) nor whom I would turn to for help – for them I am the second enemy after the government anyway.

If the American people decided to overthrow the government, assault rifles and automatic weapons would not be of much help. We would be massively outgunned and would have way bigger problems than which side could kill more of the other side.

Second, I do not see why we cannot have some kind of “responsible” gun ownership. While not perfect, the Hunter’s Education class was a very good thing. Requiring people who want to possess guns to attend a gun safety program is not too much to ask – especially in a place like Arizona where a person can “open carry” a weapon with very few restrictions. Requiring young people to attend the program, whether they want to possess a gun or not, is also not a bad idea. Ignorance and disrespect of guns causes more problems than malice.

But I am undecided on gun registration.

On the one hand, I can see where gun registration would make it easier for law enforcement to track down the owner of a gun used in a crime and hold them accountable – even if it means they are held accountable for being an irresponsible gun owner – i.e. not locking up their guns or giving a gun to an unstable or untrained person.

On the other hand, such registrations have been used historically to identify gun owners in order to enforce the outlawing of guns. This is how Australia identified gun owners once new gun laws were passed. This is also how gun owners were identified in Iraq once new gun laws were passed. In both cases, only the “law abiding” citizens were impacted. Even historical guns, even unusable gold-plated display guns, were confiscated and destroyed.

I can see the slippery slope.

Third, I truly do not understand why it has to be one way or the other – completely unregulated or no guns at all. Surely there is somewhere in between.

Mass shootings, or even individual shootings, are not acceptable. They are tragic and upsetting to everyone – even passionate gun owners. But it is clearly unrealistic to think that “taking the guns” will completely stop it.

We are often told to look at other countries, such as Australia with little gun violence and zero legal guns, or Sweden with gun ownership but little gun violence. Neither is reflective of the United States. Americans are passionate people. Right or wrong, good or bad, violence is heavily reflected in our history and movies.

Neither zero gun regulations nor complete gun banning is the answer. Just following what other countries have done is not the answer either.  We have to find our own answer.  But we cannot find that answer if we cannot even have a rational discussion about possibilities.

While I strongly believe we need to do something (mandatory gun safety education, better mental health support, anger-management programs, address our culture of violence, stricter gun laws of some kind), nothing can happen if we just stay on the two extreme ends – all or nothing. 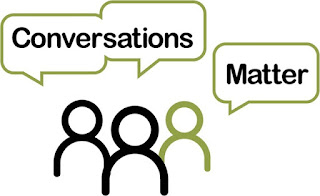 The conversation cannot continue to be shut down. We have to start talking about it. We can no longer afford, if we ever could, to not talk about it.

Talking about has to be about more than just about taking away guns completely - and we have to stop assuming any conversation about gun violence is really about taking away the guns. Not everyone who wants gun safety regulations is anti-gun or has an agenda to de-gun the people.

Don't we all want to eradicate the gun violence and save lives?

Have you ever taken a gun safety class, in school or otherwise? Do you think it is helpful?

Have you, or anyone you know, ever purchased a gun for personal safety?

Do you think we should address the gun violence issue from multiple directions, or believe that outlawing guns alone will have enough impact?