The Silver Lining of Hate

Several years ago, before Katrina even, I was on a panel at Arizona State University to discuss racism in the present day United States. After we each made our presentations, we opened it up for questions from the audience.

I responded that no, I did not believe it was better, just different.

By no means did I intend to diminish the horrible actions against minorities in the past. Lynching of African Americans is no doubt one of the most shocking and deplorable parts of the American past - as was the extermination of Native Americans.  A perusal of history finds other groups also targeted for death, even if not to the same extent.

Many people died at the hands of Americans for no other reason than some characteristic deemed less than desirable - and many more were traumatized as witnesses or because they too shared the characteristic.

But it is so much worse to be taught from birth, and reminded throughout your life, that you are “less than” the others due to a characteristic you possess, like race or ethnicity or gender.

It is so much worse to be denied advancement in your life, or even just given more obstacles, due to a characteristic you possess.

It is so much worse to feel the economic noose around your neck, not being able to financially provide for yourself or your family, for no other reason than you do not “fit in” with the expected social norm.

What I took from the event was that Arizonans were in denial of just how much racism, discrimination, and hate toward minorities still exists in the United States.

I rationalized that, at least in Arizona, the idea of discrimination and racism was relegated to African American people only.  At the time, African Americans in Maricopa County were only 1% of the total population. Following Katrina, the African American community rose to 3%.

As a result, Arizonans did not see or hear much about racism against the African American community because the community was so small they were just as likely never to have interacted with any of them.

Despite the numbers, I can also say with certainty that African Americans do have stories of racism and discrimination in Arizona.

In the current climate, I have seen an increase in discrimination and attacks against all the communities once again.

Racism and all kinds of phobias are rising to the surface. We see it in news reports. We see in its extreme ugliness on social media.

There is no longer any filter whatsoever.  Slurs that have been mainly dead for over 40 years are batted around on social media like they are something to be proud of – like we are playing a macabre video game where points are awarded for depravity and offensiveness.

We cannot depend on laws and politicians to address it.  Humanity cannot be legislated and politicians are more interested in getting votes than representing the best America can be.

But I do see a silver lining.

Now we actually have the opportunity to address it. 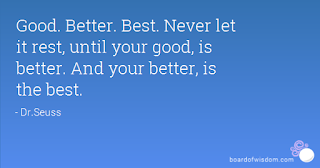 To remind each other we are one race: human.

Apathy is more likely to destroy humanity than anything hate and ignorance could ever produce.

Life is not a spectator sport. It requires our attention and involvement.

The world needs you to act, even if it is just to say something is wrong.