The rhetoric against Muslims is ramping up again. Trump’s rhetoric, which sounds a lot like praise of Hitler’s policies, has hit levels never seen in United States before – not even after the worst attack against the United States since Pearl Harbor. Some media outlets and politicians are riding Trump’s fumes, even adding to it at times. The silence of the majority of politicians, on both sides of the aisle, has been deafening.

Muslims suffered backlash after September 11th, there is no denying it. Innocent Muslims going about their daily lives were picked on and bullied at work, school, and on the street. Some experienced physical violence. Those mistaken for Muslims suffered too.

The FBI began “voluntary” interviews, which rarely felt voluntary, for Muslims across the country - sometimes for no other reason than having a Muslim sounding name on the U.S. Census records. Records that were “conveniently” turned over to the FBI despite the U.S. Census promising never to do so again after their involvement in the Japanese internment.

The interviews continue even today - attorneys allowed at FBI agent discretion only, despite, or maybe because, the subject is not yet suspected of anything.

Muslims were even subject to “Special Registration,” where, based only on national origin, our community reported to a government center to give fingerprints and biographical information. Information the government already had from immigration records.

But it made people feel like the government was “doing something,” so all was acceptable.

Yes the Muslims suffered following the 9/11 attacks – pure guilt by association, regardless of the remoteness of the association.

The rhetoric of fear and blame was sometimes quite ferocious, though nothing like today.

But the real victims of the rhetoric were members of the Latino community. 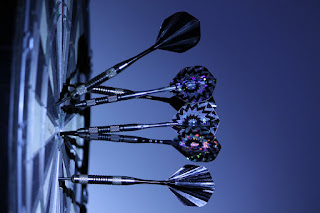 Local law enforcement leaders did not target the Muslims. For National Security and safety, the Latino community became the focus - the undocumented community and everyone remotely associated with them.

Workplace raids. Vehicle infraction roadblocks. Not carrying “appropriate” documents or having a cracked windshield could land a person in jail – maybe even cause their complete disappearance, if only temporary.


Parents were afraid to send their kids to school, fearing they might not make it back home. Children returned from school to homes with missing parents.  Witnesses and victims stopped calling the police out of fear for themselves or others, whether documented or not.

Latinos did not just fear they might get attacked on the street or get charged by the FBI for “lying to a Federal officer” due to a name misunderstandings.

No, Latinos feared becoming a “disappeared” person or finding themselves dumped at the border of Mexico – whether they were actually from Mexico or not. Latinos had a real fear of never seeing their family members again.

Latinos did not just hear occasional stories in the community or on the news.  They witnessed it first hand.

It is not the Muslims in for-profit family detention centers all over the country [not yet anyway]. It is the Latino community.

So while today the highlights are the political attacks and backlash against Muslims, and those “perceived” to be Muslim, the Latino community knows what is coming.

It has already started. For every few political statements against Muslims, at least one is thrown in for the undocumented.

A presidential candidate advocates excluding all Muslims from entering the country.

A Nevada assemblywoman offers to fly to Paris and kill all the Syrian refugees.

All in the same day.

This has become a "no holds barred" hate fest. Frankly, no community is safe - except maybe white males. Women, African-Americans/Blacks, Jews, Muslims, and Latinos are being targeted one way or another.

But Latinos. Latinos will bear the brunt. Of that there is no doubt.

The question is, how far will it go this time?