A Broken Clock is Right at Least Twice a Day

Scrolling through my Facebook newsfeed I saw yet another article about Ahmed Mohamed, the 14-year old boy who brought a home-made clock to school to show his teacher his scientific abilities. The strong support for this young man has been inspiring, from the average “Joe” to heavy hitters in the tech industry to the White House.  Then I came across a post where the poster had responded with “Too bad his name is Ahmed Mohamed.”  Though the poster was supporting Ahmed, the statement stopped me in my tracks. 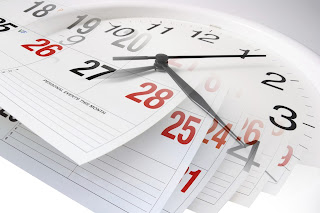 As Chief Larry Boyd said, “Ahmed should have been forthcoming by going beyond the description that what he made was a clock.”   While it boggles the mind how else one would describe a clock, the reality is had his name been “Tom” or “Jerry” no one would have expected a more detailed explanation.

The entire incident, particularly the Facebook poster’s statement, reminded me of a conversation I had several years ago with a public middle school principal in Chandler, Arizona.

A mother asked me to accompany her for a meeting with the principal of her son’s school.  It was Ramadan so her son had begun fasting. As Muslims fast during Ramadan for 30 days from just before the sun rises to just after it sets, he was fasting during school hours - and some other kids in his class were teasing and harassing him. The mother had asked the home-room teacher and the principal if she, as his mother, could come to just her son’s class to explain what fasting was, why he was choosing to fast, and answer any questions the kids might have. The principal refused. So the mother set up a meeting to find a way to help her child and stop the bullying.

Muslims follow a lunar calendar, in relation to religious events, so Ramadan moves up the Gregorian calendar about 11 days every year.  That year Ramadan fell during December. We arrived at the school decorated for Christmas, complete with a Christmas tree and Menorah in the lobby. We walked to the principal’s office, which was lined with Christian and Jewish books as well as other topics.

The principal greeted us warmly and asked us to start. I began by explaining other students at the school were picking on one of her students, the child of the mother present. In addition to just general taunting with food in his face during lunch, because the school had refused to allow him to spend lunch hour anywhere except in the lunchroom, children were calling him a terrorist, Bin Laden, and other derogatory names.

The principal calmly explained the school is unable to control how children treat each other all the time and that children can be very mean.

I responded that we understood that but surely there was a way we could counter some of the bullying by addressing some of the ignorance about the Muslim student’s religion.  The principle responded there is a separation of church and state.

I pointed out that the school had both a Christmas tree and a menorah in the lobby, and similar decorations throughout the school. The principal responded those decorations were cultural not religious.  I responded that many Muslims fast even if they do not participate in any other form of religious practice, making it a cultural practice.

The principal disagreed and further pointed out that it was impractical to teach the children about all the cultures represented in the school because there were too many - followed by "What is next, teaching the kids about the Native American culture?”

I responded that teaching the kids about the Native American culture would be a good idea considering the majority of Arizona is Native American land. She was not convinced, so I decided to change the conversation. I asked the principal if she had any suggestions on how we could reduce the bullying of the Muslim child.  She responded, “I suggest Muslim kids get a thicker skin considering the times we live in.”

Unfortunately, this was not an isolated incident. I heard similar comments from other school officials (across Arizona) as well as company executives.

This is indeed the “times we live in.”

A time where anti-bullying campaigns are on the rise but Muslims are somehow not seen as victims to be protected. A time where a child is handcuffed and arrested for failure to adequately explain what a clock is, and is only asked to do so because he is seen as a Muslim.

I am not sure a thicker skin would have helped Ahmed.
Posted by Unknown at 5:20 PM