I Can Talk About More Than Just "Women's Issues"

I read a headline for a Hilary Clinton Blog read “Women’s Issues Are Family Issues, and Family Issues are Economic Issues.” That the statement even has to be made is a sad commentary on how far [not] we have come.

But we do have to still make the claim don’t we? Because there still exists a strong social insinuation that “complicated topics,” like the economy and global politics, even understanding and explaining religion, should be left to the men. Somehow we still have to tie everything to "family issues" to justify women's participation in the discussion.

I usually just scratch my head and wonder what exactly are  “women’s issues?”

Several years ago the City of Phoenix asked me to organize a presentation at their Faces of Diversity Brown Bag lunch series that is recorded before a live community audience and later televised. Another Imam (male Muslim religious leader) and myself worked together on the presentation. We worked on it for a little over two months.

Two nights before the presentation, after five in the evening and on my cell phone, I received a call from the Brown Bag organizer, a state employee, informing me that he had spoken to another Imam and had decided to change the presentation. I was informed the other Imam would not only be a presenter but he had provided a new outline of the presentation.

I asked what the changes were. It was a completely different presentation. The outline was in a different order and designated different sections of the presentation to himself, the other Imam, and me. I had been given the new section of “Women in Islam.”

My initial reaction was that it was very short notice. We had already been working on the presentation for a couple of months and had completed our PowerPoints. The new outline would require we completely redo our presentations.

The representative replied, “The decision has been made.”

I advised the representative that it would be very difficult for all three of us to schedule time together to collaborate on the new presentation, only two nights and one day from then. He advised me that we had been given our section titles and could work individually on our sections without collaboration.

I then asked what the section “Women in Islam” consisted of since that would be the area that I would be covering. His reply was, "general women’s issues." I asked what were women’s issues since, as a woman, I would suggest everything in Islam, other than actually being a man, is a woman’s issue. He replied, "women’s issues are not complicated, just the practices of women in Islam.”

Being as the changes were so late, I asked what would happen if we refused to agree to the changes. He replied that the new Imam would give the entire presentation without the original Imam or myself.

We ultimately did agree and the original Imam and I had to work fiercely through the remaining two nights to make the changes so that at least our presentations flowed together - and having no idea whether we would be duplicating what the new Imam planned to present.

I was a little frustrated at the representative’s unprofessionalism of demanding an entire overhaul of a live presentation at the last minute – but that is actually not what upset me.

What made my lips purse together in anger was that I had been relegated to “women’s issues.”

To be honest, this happens a lot within the Muslim community. I cannot tell you the number of times I have been asked to speak at a Muslim event and given the subject “women’s issues.” Or been asked to join a panel and the only questions directed my way are “women’s concerns.” 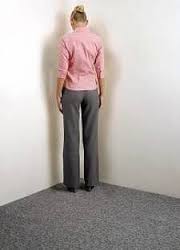 But this time it was not a Muslim event and not a Muslim that was pushing me into the “women’s issues” corner.

And he felt fully justified about it - unapologetically directing me to keep the presentation of my religion to issues about women – scarf, women’s rights, children, etc.. – and “let the [male] Imam’s talk about the rest of Islam.”

I, a woman, have extensive knowledge and opinions on many topics beyond fashion, marriage, babies, cooking, and housecleaning techniques. In fact, all women, regardless of education and “experience,” are just as competent as most men to discuss and give opinions on all topics - including our chosen faith, politics, and other social issues.

We women live in this world and teach our children - the same children that will grow up to run the very world in which we live. To even suggest we, women, are "not up to the task" of understanding the world, and specifically not understanding our faith, is beyond offensive in this day and age.

But it appears that all issues, even women’s bodies, are “men’s issues” by default, while “women’s issues” are still very narrowly defined by men.
Posted by Unknown at 12:35 AM