How Do You Prove A Negative?

I find words very interesting. When I am speaking about relationships, I often point out that men and women “do not speak the same language.” Though they use the same words, their interpretations of the words are often very different. In social communication it is the same. Some people take words literally and while others have extensive meanings attached to individual words. 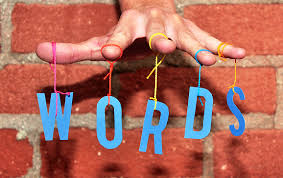 Over the years, words and expressions have been given new meanings. In my youth, “bad” was actually a negative, but as an adult I found the youth using the word as a positive. The examples of this are rampant.

Language grows and new words are added to describe new ideas or developments, as well as old words being attached to a new idea or development. This makes things extremely complicated because the new “meaning” of the words does not always spread as fast as the use of the word itself – resulting in people using the words but not always interpreting the words the same.

I will be honest, it was the first time I had heard the term “Islamist” so I really had no definition or meaning attached to it, but I did get the clear understanding that it was not a good thing.

During the question and answer session, admittedly out of complete ignorance on my part, I asked how could I be a militant Islamist when I was a Southern girl. The speaker responded that Islamists come in all kinds.  He then self-published an article saying that I was now profiling.

I fully accept my responsibility for that critique - not because I intended to throw “others” under the bus by profiling or even to distinguish me as ethnically superior in any way - but because it was, and still is, completely outside my comprehension how anyone [outside of being indoctrinated from birth and never having access to history, much less studied Islam enough to convert] could possibly believe the ideas associated with radical hate and a desire to kill others in mass. I have grown to understand many people are susceptible to such hateful messages - and not just Muslims.

A couple of years later, I attended a round-table at the Arizona State University’s “Center for Religion and Conflict.” Among the topics covered was a discussion on Muslim voters. One of the speakers made a statement about the increase in Muslim voters and political advocacy being a concern because they were “Islamists” and that was dangerous for the United States.

I responded that the activities Muslims were involved in (backing political candidates, registering Muslims to vote, and actually voting) were no different than other minority groups, or the majority for that matter.

The speaker responded that I was an Islamist.  Well that shut me up! I still did not understand the label, and therefore, had no ability to articulate a defense.

Fortunately, the other attendees were all professors and passionately responded with similar attempts within the “not so proud” US history to exclude minorities from the political process.

I have heard a few explanations of “Islamists.” Some have sounded reasonable; some have just been excuses to spread hate, fear, and mistrust about an entire group of people spanning the globe, literally and in diversity – the world population of 7 billion includes around 2 billion Muslims, with fewer than 3 million living among the 300 million population of the United States.

The term is batted around so much. The label is “pinned” to people without any explanation. Just being a Muslim will often get a person labeled “Islamist” by those who disagree with anything the Muslim says or does – all the way down to whether being an “Islamist” was the cause of an auto accident. [True story.]

Trying to figure it out often reminds me of Red’s response to whether he has been rehabilitated in a scene from Shawshank Redemption:

"I know what you think it means, sonny. To me, it's just a made up word. A politician's word, so young fellas like yourself can wear a suit and a tie, and have a job. What do you really want to know?"

What do you really want to know? How does one prove he or she is not an “Islamist?”

I still do not know.

But mostly, I do not see why I should arbitrarily have to.

What do you think the definition of "Islamist" is?

Should we require every Muslim to prove he or she is not an "Islamist?" What would be the requirements?

What do you really want to know?