When I was a junior in high school (in Bryant, Arkansas), the school was debating whether to implement minimum performance testing for tenth-graders. If the sophomores failed the minimum performance test, they would not advance to their junior year, regardless of their grades.  As part of gathering of information, the school officials decided to survey the students for their thoughts on the subject.  The senior and junior results showed overwhelming support for the new policy. (I personally opposed it as unfair because grades suddenly became worthless.) On the other hand, the sophomores and freshmen overwhelmingly opposed it.

The school ultimately decided not to implement the policy at the time - likely because parents were outraged... well, the parents that had kids younger than juniors anyway. 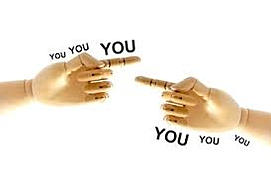 I always wondered why the seniors and juniors voted for the policy.  I did realize they were past that stage, but didn’t they understand how it would have affected them, how much they would have not liked it, had they been just a year or two younger?

A few years later I read a scientific study that people were more likely to agree with a policy, punishment, or regulation that they did not believe would ever affect them. Then it all made sense.

I was again reminded of this idea a couple of years after 9/11. I had been invited to lead a session at a Peace Community Teach-In in Tempe, Arizona on the “Muslim Experience in the US after 9/11 and the Patriot Act.”  The event had several sessions and lasted two days, so I decided to attend some of the other sessions. One of the sessions I chose was a discussion on Civil Rights.

I entered the classroom, which was theater-style seating, and chose a seat about four rows from the front.  As is often the case, I was the only person wearing the scarf in the room - the neon sign that I am a Muslim, so to speak. The session leader was an Arizona State University professor and he started talking about the different civil rights and then moved on to the Patriot Act’s potential effects on those civilian rights. A young man raised his hand and the professor motioned for the young man to speak.

The attendees in the first few rows, such as myself, turned around in our chairs to face the young man and listen to what he had to say. He was sitting in almost the same chair as me, two rows behind me.

The young man was in his early twenties, had dark hair, a thin trimmed beard, brown eyes, and olive skin.  To be honest, he looked very stereotypically like an Arab.

He stood up and said, “But with what is going on in the United States, doesn’t it make sense that we give up some of our civil rights so we can be more secure?”  We all turned toward the professor who said, “Okay.  Which civil rights would you like to give up?”  We all turned toward the young man.  He looked directly at me, looked back at the professor and said, “I do not think it is appropriate for me to say right now.”

He replied, “Well, I live in Canada and things are different there.” The professor began to talk again and we all moved our focus back to him.

Here was this young man, a poster-child for “the look” that could get you extra scrutiny but with a name that made him less second-look worthy, visiting from another country, suggesting it was okay for a segment of the American society (of which he did not belong, the segment or the society) to give up their civil rights so “everyone else” could feel a little safer.

People do in fact make decisions that affect others because they have some belief it will not affect them.  To be honest, as often as I have witnessed it over the years, I still find myself surprised . . . every time.

Are you willing to give up some civil rights for security? If so, which ones?

Do you think it is a good idea to take away the civil rights of some groups but not others?

(I saw an Onion article that inspired me to share this story.)
Posted by Unknown at 1:41 AM