Surviving in the Present

Today I got in my car to drive somewhere. While I am often on auto-pilot, consumed in my brain while driving to my destination, today I took a moment to remind myself that I needed to be present.

My husband has been out of the country on business since August. We met for a short vacation during November in Malaysia. He returned to his work overseas and I returned to Arizona, mere hours before the Paris attacks.

Political grandstanding followed this as well as media sensationalism that stoked the levels of fear for all susceptible.

Every shooting in the United States that followed, and they have been almost daily, raised the levels of fear of who the next perpetrator or victim might be. Waiting for the next shoe to drop. Hoping it is not a shoe related to you in any way.


Everyday my husband talks to me about being safe, being careful. He is so scared for me.

First, because I wear a scarf, becoming an obvious target and opportunity for any person blinded and crazed by fear, looking to take back “control” by “taking out” the “enemy.”

Second, because he is not here. He cannot protect me. He is powerless to ensure my safety or even respond if something were to happen to me.

So today I vowed to be more present, not to allow myself to be on autopilot in my car or in my surroundings. Not from fear but for vigilance. It is the responsible thing to do when tensions are high.

I remembered a couple of years ago; I was driving on an Arizona highway on autopilot – driving from one location to another that I travel so often. I know I was on autopilot because I could never remember anything before the “incident.”  I know that I changed lanes from the right lane to the center lane. As I was driving along, I heard a car horn on my right and looked out my passenger window.  A woman was honking her horn until I looked at her – she then started giving me “the bird,” flipping me off. I was confused.  She continued to keep pace with me, driving somewhat erratically because she was so focused on continuing with her finger jesters out her window. It went on for several minutes. I finally gave her a finger sign back – the sign-language symbol for love. 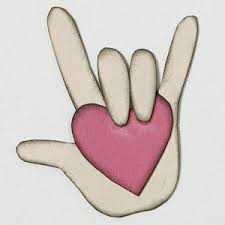 I never did know what happened. Did I change lanes without a blinker? Did I cut her off on the highway? Did I swerve too close to her lane at some point? Those were my first thoughts.  Was it just that she saw a Muslim driving a car? It could have been. It may even have been a minor traffic offense that escalated in her mind once she saw me, how I look. I do not know and honestly have not spent much time thinking about it either way. It was her anger, not mine.

Now tensions are high. Maybe higher than they have ever been. When Bill O-Reilly starts pointing out that not all Muslims are bad, you gotta start to wonder just how bad things are for Muslims.

Because high tensions are like powder kegs waiting for a spark. Any spark will do. Road rage alone is enough, add a second trigger - hate, fear, prejudice – and the danger increases exponentially. Disagreements about work or customer service can become deadly with just addition straw - that straw that breaks the camel's back.

So I was present today. I turned off my mind and focused on the road, on my surroundings. I consciously used my blinker. I engaged the alarm system on my car that indicates when I get too close to road lines. When I parked, I noticed my surroundings before I exited my car. I did the same as I entered buildings and interacted with people.

Amazingly, when you get off Facebook, turn off the news, and interact with the average person, it almost seems like things are pretty normal. I have not felt like I have gotten even a sideways glance. Everyone has been nice. I smile. They smile. I am friendly. They are friendly.

I did not expect anything bad to happen. I was not fearful something would happen. I was my normal self. I was just careful – as all women really have to be in this day and age anyway.