Our ability to carry on doing our work . . . depends crucially on the conversations we have with each other. - Philip Streatfield, English painter

Hellen, a doctor I know, was having problems with her Home Owner's Association (HOA). An HOA is like a small government for a neighborhood. They are elected by the home owner's of the neighborhood and enforce the CC&R's - Covenants, Conditions, and Restrictions - written when the community was formed and sometimes updated by the current board.

She had faced the Architectural Committee in response to a neighbor complaint concerning a shed in her back yard. A neighbor without any view of the shed had complained to the HOA board about the shed being only 2 feet from the backyard wall instead of 5 feet. He was not the neighbor sharing the wall in question.

When the HOA board failed to respond quickly enough, the neighbor notified the city of the "violation." A city inspector came out to the property and said the shed was not in violation. The city required a shed be placed on the back 1/3 of the property, which Hellen's shed was, but had no distance requirement from the backyard wall.

After repeated complaints from the neighbor, the HOA sent a notice of violation to Hellen. She replied to the complaint and attended the Architectural Committee meeting to plead her case.

First, the committee was not aware of any of the city codes regarding the property, including that a shed could only be placed on the back 1/3 of the property. Second, the committee admitted the 5 feet distance requirement was not in the CC&R's but in a supplemental document, which had not been supplied to Hellen along with the CC&R's upon property purchase. Third, the committee brought up the idea of a variance (exception) for the home owner - until they discovered who the complaining neighbor was.

Committee members called the neighbor "Mr. Louder" because if they did not do what he wanted, he would grow louder and louder until they did.  "Mr. Louder" was a bully, and why should he not be, it obviously worked. Upon finding out who the complaining neighbor was, the committee ruled Hellen must cut down the very mature tree in order to move the shed (causing the shed to violate City Codes), or remove the shed completely from the property. The board would rather not follow the rules than stand up to him.

Hellen felt the next step was to appeal the committee's decision about the complaint to the HOA board.

She contacted me for help.

I told her she should change the conversation. 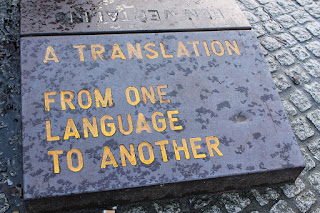 Up until now, both Helen and the committee had been reacting to the neighbor complaint. She needed to change the conversation by making a new application for a variance - an exception granted for non-compliance of a code or rule. The committee was obviously hesitant to go against the neighborhood bully's complaint. Appealing the committee decision of the complaint would continue the same conversation - whether to upset Mr. Louder. But a new application request would be a different conversation - whether to grant a variance and eliminate the non-compliance complaint.

Changing the conversation is one of the concepts we teach in Tongue Fu!® seminars and lectures to public and private institutions all over the world. I coached Hellen on using another Tongue Fu!® concept, the Five Principles of Persuasion for her presentation to the HOA board.

1. Number and document each point. People have a short attention span.  An organized list of your points will keep you and everyone else focused. Enumerated pointed gives them legitimacy and sounds more like fact rather than opinion, which carries more weight. For Hellen, the points were the 1) shed location within City Codes, 2) moving shed would violate City Codes, 3) five foot distance not part of city code, 4) five foot distance not within the CC&R's, 6) importance of preserving a beautiful tree, 7) HOA authority to grant three foot variance.

2. Meet their needs and speak their language. Ask yourself what is the most important thing to the person you are trying to persuade. Money, reputation, safety, station, power, prestige? Find a way your proposal benefits him and then address those advantages. For Hellen, the most important things were a) preserving neighborhood beauty through  CC&R compliance, b) not having to deal with the neighborhood bully. Hellen needed to keep the committee focused on their authority and following the rules so they could do their job instead of worrying about the complaint.

3. Anticipate and voice their objections. Why might they say no? When people have preconceived objections, they will often not even listen to your presentation; instead waiting for their turn to talk so they can tell you why it won't work. Beat them to the punch. Figure out why they might turn you down, and then state their arguments first.  By creating a variance, the committee would make Hellen's property in compliance with the CC&R's without causing a conflict with the City Codes. All while saving a tree. Reminding the committee of their authority might even cause them to more willingly stand up to the neighborhood bully - they would simply respond to him that Hellen's property is in compliance based on the approved variance and City Codes. He can't complain if no violations exist.

4. Approach the situation with positive expectations. Know your facts, list your arguments, and then believe it is possible. If you do not think you have a chance, your opinion will be reflected in your entire presentation. As Sam Horn, the originator of Tongue Fu!® says,"Talk yourself into a state of optimism ('I know this is worthwhile') so you can go in with the courage of your convictions." Hellen knows it is a worthwhile because it would break her heart to have to kill the tree, not having a shed would potentially cause additional CC&R violations because she would not be able to store her lawn-care equipment, and she would eventually have to hire an attorney to force the HOA to adhere to the City Codes and CC&R's.

5. Motivate them to try on your ideas. The goal is to actively involve them with questions and stories so they see what you're saying. Visuals are one way. Hellen could bring in pictures and maps of her backyard - particularly showing the beautiful tree in detail. Stories and examples people can visualize is another. Hellen could talk about how few trees are in Arizona and how sad it would be to lose such a mature tree in their neighborhood.

Changing the conversation can be dramatically effective. We sometimes get so stuck on where the conversation is now, the opportunity for finding common ground or seeing a more solvable angle is missed. There are always other ways to see or talk about a topic. The trick is to be open to finding it.

A solutions-oriented leader should always be on the look-out for ways to change the conversation when arguments or obstacles are in the way, then use the Five Principles of Persuasion to get everyone on board.