A fellow member of an attorney discussion group came to our meeting with a problem. She was confused and conflicted and desperately wanted advice. She had recently had an aging client come into her office with a very young girlfriend. He wanted to change his estate plan to give everything to his girlfriend - instead of the current beneficiaries, his adult children. As the attorney had not created his original estate plan, which was many years old and originally included a now deceased party, she told him he would have to bring in the original estate plan so that she could review it and see if it was changeable and how it might be changed.

Her problem was that, while she did not actual suspect abuse and could not prove coercion, nor did she see direct signs of diminished mental capacity, she did feel the client was likely being pressured by the very young girlfriend and was potentially not thinking clearly.

She was faced with moral, ethical, and legal problems.

The attorney did not feel comfortable with the situation. She did not want to participate in creating legal documents for a client that were not in his best interest, possibly due to external pressures, and she was not sure how to evaluate the situation.

She could choose not to accept the client and lose the business, and he would likely simply go to another attorney to get the documents.

Just passing the buck did not help her conscience.

As an attorney, if she suspected diminished mental capacity or coercion, she had the legal responsibility to make a determination about the situation before acting on the client's behalf.

If she did not make the determination and he was being pressured or coerced, she would have to live with her actions and possibly have legal ramifications - such as being included in a law suit by his family after his death claiming she participated in, at worst fraud, at least incompetence. Either way, it would cost her time and money to defend her position.

Attorneys have very stringent legal ethics rules. Those rules are determined by state. Not all states have the same rules. In general, states prohibit attorneys from sharing information with any third party without the express consent from the client. Some states have exceptions, as in sharing information with a professional entity (such as law enforcement or medical professionals) if the attorney reasonably believes the client is an immediate danger to himself or others. Reasonably believes and immediate are of utmost importance for the attorney to justify his/her actions related to any disclosure. Consequences for third party disclosure without justification, justification that specifically falls within the rules of the state in question rather than just personal beliefs, can be severe.

She also shared it was particularly upsetting and important because this was the third time it had happened in the last three months.

Of all the problems she faced, the most glaring one to me was that she was just now deciding to face the problem and determine her course of action. 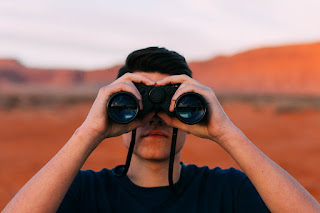 Sometimes it is because we somehow believe, or at least hope, we will be the exception and not face these problems. Somehow we are different or will get lucky.

Luck is unpredictable and almost always a bad bet.

But for most people, it is about priorities. Making decisions about things that "might" happen get pushed to the lower end of the priority list. We focus on the "immediate" problems - like how to get clients, make a product, or get paid.

That is a mistake. There are a lot of problems that simply will happen, they are foreseeable and constant issues within business. Some are industry specific and some are just because business includes interactions with diverse people.

Proactively researching, analyzing, and deciding on solutions to foreseeable problems is the most efficient use of a business owner's time and money.

Every entity needs policies and procedures. If you are going to have employees, you need something like an employee handbook because it is foreseeable that you will have employee problems. It could be as simple as dress code or as complicated as employee theft.

Even if you work all by yourself, business includes interactions with customers on some level. No business is an island. Whether online, personal service, or product related, all businesses have to deal with selling, buying, and customer service.

Yet, so many small business owners do not create policies and procedures stating up front the company positions on issues as well as the consequences for, or how the company will address, non-compliance.

While creating policies and procedures seems so complicated or time-consuming in the beginning, the dividends down the road are absolutely beyond calculation. Today, there are many resources to get this done. You can find examples online, or better, you can invest in an attorney or consulting company to help you create policies and procedures that really reflect your values and company.

Policies and procedures are not just theory. It is true every situation may be unique, but they also have similarities. If you create some general concepts, and some specifics that you already know are likely, you already know how to address a lot of situations that will come up - but you also have a foundation on which to base your actions when faced with something new.

For this attorney, knowing her chosen field of law had a high likelihood of encountering a client in a questionable situation, the most proactive and responsible action she should have taken was to research the ethics rules and cases in her state when she first chose to practice in this field - then she should have drafted her policy of how she would handle the situation. She would have known what her legal obligations and restrictions were rather than being totally confused and conflicted about what to do. At least then she would know what she could and could not do, and have a policy, so that she could make a clear decision now.

Does your industry have foreseeable problems? Have you drafted policies for how you will handle those problems or do you just figure it out as you go? How is it working for you?

Have you experienced the different stress level of having a solution ready compared to figuring things out in the middle of the problem?

Do you have policies and procedures for how you will deal with situations that are foreseeable or that you have already experienced? What reasons do you give yourself or others for not having proactive policies? Time? Money? Priorities?

For problems more specific to the situation, have you drafted a policy for how you will evaluate the situation, what questions or considerations should be included, so that you at least know how to start finding a solution?