I am friends with two brothers, one of them is a very close friend. Despite living in the same city, they have not spoken or visited each other in several years. During that time, their children have gotten married, had children of their own, and two of their siblings died. Neither attend the weddings or births of the other, and each had separate gatherings following the sibling deaths. 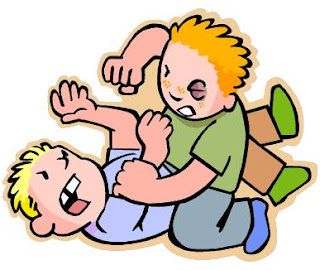 I know it is because my best friend's wife does not like the brother or his family. I know she is the problem. She does not want her husband to have anything to do with his brother, so he doesn't.

I want to bring the brothers together. I hate being in the middle. Both the brothers complain to me every time I see them. I keep trying to get them together, without the wife. The other brother always agrees but my best friend has absolutely refused to meet his brother to try to solve the problem.

What should I do?

First, it is commendable that you want to solve the problem between two brothers. I do not know what faith you are, if any at all, but according to Islam there is great reward from God for attempting to solve the problems between people - as I am sure is also the case in all other faiths. At the very least, you will benefit from not having to hear the complaints and be in the middle of the conflict, since you are friends with both.

Second, a spouse should never come between two brothers, or any other family relationship. Family is family, and though we might not always get along with our in-laws or extended family, we should never attempt to taint their relationship with each other. A spouse can choose to limit his or her own interaction without making such demands on the other spouse.

Unfortunately, I see all too often one spouse getting treated poorly by family members and the other spouse living in the oblivion of denial. Spouses need to remember that we do not always see things the same but we must always, if not out-right defend, at least privately support our spouses. This will go a long way in helping the "victim" spouse overlook the offenses. Otherwise, it is a denial (opposite of validating) of the "victim" spouse's feelings, leading to constant feelings of victimhood and meltdowns over minor issues.

This is true for both genders, not just women.

The brother also has the choice to set boundaries, either with his brother or his wife, or both, and maintain a relationship with both. Obviously, for whatever reason, he is not choosing to do so. Instead, choosing just to cut off his brother.

Lastly, I would suggest your best friend is not sharing his problem with you in search of a solution, but rather 1) to justify, and get you to validate, his own choice to cut-off his brother, and/or 2) to taint your relationship with his brother.

Neither of these possibilities are good for you or your relationship to either one.

Bottom line, if he does not want to fix the problem, there is no need for him to continue to share the problem, and the stress, with you. And you need to tell him that directly. . . clearly.

It is on you to create the boundary. Otherwise, you are just part of the problem between the brothers - and choosing to remain so.

* Deedra is originally from Arkansas; an attorney in Scottsdale, Arizona; a diversity expert and Keynote speaker for The Ambassador Project; and has a blog at askdeedra.com where she shares her perspectives based on questions and experiences. Follow Deedra on Twitter @askdeedra