It Could Never Happen

While talking to my niece about the Orlando shooting, I mentioned the North Carolina bathroom law. My niece said she did not see why that was a big deal and that she did not want men using the bathroom with her.

I explained that the law was not really about bathrooms but was anti-gay sentiment wrapped in law.

I also told her transgendered people have been using the bathrooms for years without anyone noticing and without incident.

She agreed but again said she did not want men using the bathroom with her.

I asked her if she understood that the law required people to use the bathroom of their birth gender, which is a problem for those who have had surgery, and also forces people who are now men into women's bathrooms.

She responded that when a person has surgery to change their gender they can have all their identifications changed.

She responded that police were not going to be checking people's birth certificates to go to the bathroom.

I agreed. It will be based on complaints of other bathroom users.

I described a long-term friend of mine who is female but is very tall, broad, deep-voiced, and could easily be mistaken for a man dressed as a woman - if someone was so inclined. That if my friend were to go to a bathroom in North Carolina, and another person were to "report" her to police, she could very well be required to satisfy the law by providing her birth certificate - something very few people carry around.

She again repeated that this was not likely to happen.

I asked her why was the law passed then?

For which she had no answer.

And there is the real problem.

I hear constantly, "That is not likely to happen." "That would never happen here."

A few months ago, my nephew started supporting the "temporary halt for all Muslims entering the United States until we figure things out." 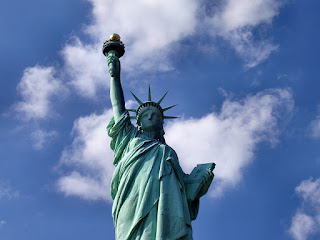 He responded that he was not talking about my husband.

Is that a promise?

I am not sure if people are ignorant of history, unable to make connections to larger consequences, lack empathy, are not paying attention, or are simply living in denial.

These things have already happened here.


Even if you argue these incidents were all a result of war or national defense, which defies the Mexican example, isn't that exactly what people are claiming now? "We are under attack!"

Doing the research for this writing, I came across again, and again, the same rhetoric prior to these government acts preparing the society to not only accept them but advocate for them.

I am not being paranoid.

I too do not believe the majority of the population would agree to mass internment of any group of people today. I further do not believe a law could be passed that stops all Muslims, including U.S. citizens, from entering the country.

But that's not how it starts. It starts by people buying into the hate and fear rhetoric.

We can only hope that realization will occur, which is exactly what has helped the LGBTQ community - families and friends realizing their hateful and fear-based ideas were hurting the people they loved.