My husband and I were at the grocery store picking up supplies for my slow cooker spaghetti sauce. As I reached for the ground beef, my husband told me he wanted some of the meat for breakfast. I said okay and continued shopping.

On the way home my husband told me he wanted to cook breakfast - well, the meat and eggs anyway.

After we got up, he said he needed a pan, a bowl, oil, and a wooden spoon.

I got the supplies out for him.

We have been married almost two decades and he has never cooked.

He took the meat and eggs from the refrigerator, cracked the eggs into a bowl, then added a splash of lemon juice and coconut-almond milk.

I asked him if he knew what purpose adding lemon juice to eggs served. He said it is because it takes away the 'eggy flavor,' which he dislikes. That is why I have always done it, but neither of us could remember whether I had told him that or if he heard it somewhere else.

He then began to stir the egg mixture.

I had never considered just stirring the egg mixture. I wondered whether my way was better, whether it made a difference. I decided to just watch him and see if there was a difference. 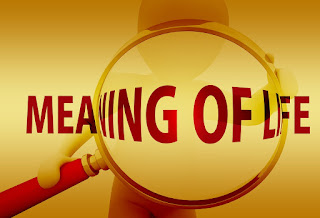 I didn't see one. The eggs were still mixed with the other ingredients.

It made me think about how we do so many things without knowing why. We are either taught or observe things and just adopt them without thought.

As he cooked the meat, added some spices, and then poured the egg mixture into the frying pan, I was thinking about a book I had read several years ago, Unstoppable.

The book was about how much we can get done when we don't know the 'rules.'  It has many stories about people accomplishing extraordinary things simply because they did not 'know,' were never taught, it was not possible.

Which brought me back again to my recent studies about what we believe is true without ever having considered whether it really is true.

I held back from 'correcting' anything he did while cooking. I decided it was better for him to learn his own way of cooking, not be restrained by all the 'rules.' When he asked me something, I tried to give him generalized options instead of telling him what I would do or use.

The breakfast was excellent, despite all the 'rules' he broke while doing it.

Perhaps that is where we should start. Not rushing straight into questioning our rules about life, but instead questioning the little things.

Questioning why we do things a certain way every day.

Why we arrange our house the way we do.

Why we do things in a particular order, every time.

If we start there - the questioning of our mostly insignificant daily rituals - then maybe thinking about our larger beliefs - like how life works or why we judge ourselves so harshly - will become easier.